The Differences Between Diving with Nitrox or Air 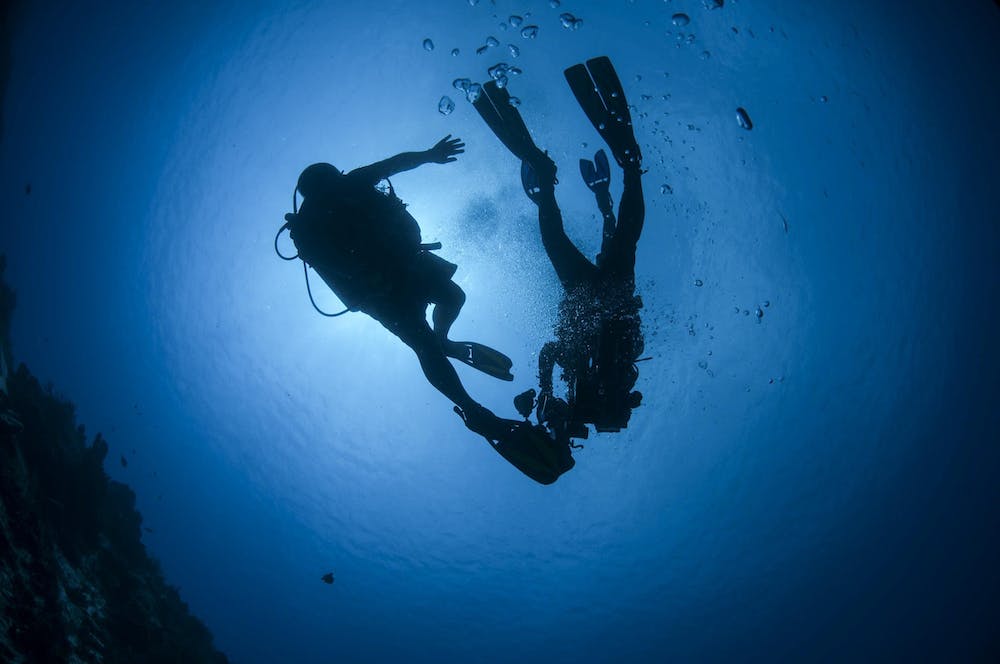 The Differences Between Diving with Nitrox or Air

Nitrox is a combination of gases, used in scuba diving, different from the air we commonly breathe. It’s composed of oxygen and nitrogen of 21% and 79% respectively. While Nitrox or enriched air, contains a higher proportion of oxygen than atmospheric air. This proportion may vary, although the most used in diving is from 32% to 36% of oxygen, and 68% to 63% of nitrogen.

The air enriched with more oxygen, allows us to dive longer without decompression, and reduces the waiting time between dives. In addition, breathing more oxygen makes us less tired, fresher and more agile during and after the dive. Another advantage is the lower risk of nitrogen absorption in the body, so the probability of nitrogen narcosis is reduced.

All of them, make technical or recreational diving much more interesting because we can spend more time in the water.

However there are some disadvantages of nitrox, which make it not the standard air combination in diving. It reduces the maximum depth of the dive, because oxygen becomes toxic after increasing the pressure. We must know the Maximum Operating Depth MPO, when the partial pressure of oxygen reaches 1.4 bar (140 kPa), and not exceed it because we would be putting our life at risk. Also oxygen intoxication has not previous alarm symptoms, such as nitrogen narcosis. So it’s more difficult to note and we can die drowned by beginning to convulse, spit out the regulator and become unconscious.

Another problem is that bottles and valves compatible with the use of oxygen are required, because it can generate combustion on contact with certain organic compounds. For all of that, a previous technical course is necesary before to use enriched air instead of standard air, in addition a good buoyancy control. Take the course in Cancun with us.

In summary, despite its advantages, the use of nitrox limits depth, requires more tank maintenance, and does not prevent decompression.